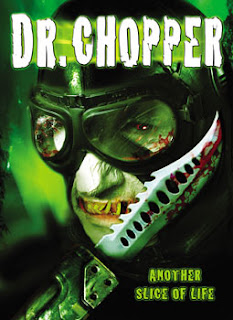 This one was another chance find in the bargain bin... It follows the exploits of a doctor and his two nurses who on the quest for a prolonged life start to kill patients to replace their own body parts. They flee and are not heard of again for another 20 years when a group of teenagers unwittingly go out for a weekend away in a family members cabin. Of course Dr. Chopper and his two (presumably undead) nurses start to hunt down the bunch.

This movie is firmly rooted in the B grade genre, its a simple old teenage slasher story with nothing to differentiate it from a million other B Grade films just like it. No actors I'd ever heard were cast in this film, having said all that its actually not that bad either, the acting is halfway reasonable, but really its more a great one to watch on those days when you just don't feel like thinking. Its reasonably well shot and moves along at a reasonable pace so you don't feel too retarded watching it either.

Be sure to check out http://www.gorenography.com on a regular basis for more great movie reviews!
at 22:12 No comments: 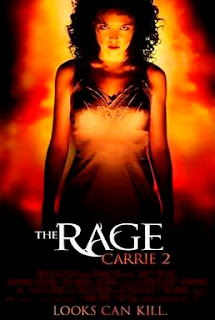 Like many sequels this one comes off as a bit of a cash grab... not to say its a bad film its actually pretty reasonable but does lack a little something that the original had.

The film revolves around Rachel who is Carries baby (half) sister and of course shares the same powers of telekinesis as her predecessor. Her powers had been recognized at an early age by her mother who is then of course institutionalized while Rachel grows up with foster parents. The movie is fairly straight ahead. Rachel is quiet and goes more or less unnoticed at school until she starts a romance with one of the popular football players. Teenage jealousy ensues and the popular kids gather together to play a prank on her which unveils her true powers in bloody and horrific form.

Like I said before its not a bad film, it doesn't rate along side the original masterpiece. That said it is a reasonably engrossing and enjoyable film. Its just that it doesn't really add anything to the original film in the way that it feels more like a remake than a sequel. But if you're looking for a reasonably solid watch.

For more great movie reviews be sure to check out http://www.gorenography.com on a regular basis!
at 00:07 No comments: 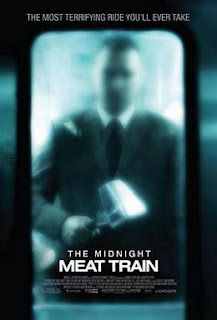 Based on a short story by Clive Barker (Hellraiser, Nightbreed etc...) you know this one is going to be good! It certainly didn't disappoint either, from the moment the movie starts the atmosphere created is entrancing, pulling the viewer in...  This is not a background watch but engrosses the view right from the onset.

The film revolves around Leon (played by Bradley Cooper) who is a budding photographer attempting to capture the 'feel' of new York for an exhibition he his hoping to be featured in. Leon goes down to the subway and snaps some photos of a young woman and inadvertently stops her from getting raped by a gang of subway hooligans. The next day he finds out she has been reported missing and decides to take his camera and investigate further on his own after the police don't take him or the information he has on the woman seriously. Leons soon to be wife is not keen on him persuing this further but he does and develops an interest in a large man who rides the subway on his way to and from a meat works. Leon continues to trail the imposing man and discovers he's been killing subway travelers in a most gruesome fashion.

What does he do with them and how has he evaded being caught for so long? Well that's up to you to watch the movie and find out! Rest assured the action is violent and graphic and probably not for the new comers to the horror movie world. Like I said before the action is captivating and brilliantly created and once you put this movie on you won't be able to stop.

From what I understand this one didn't do too well at the box office but the websites and people I know in the horror circles tend to rate this one rather highly and has since gained a kind of cult following. If you can find it, do yourself a favor and give it a chance, its a great film with some truly disturbing concepts

For more great horror movie reviews be sure to check out http://www.gorenography.com on a regular basis!
at 02:30 No comments:

To be honest this one was another punt as I saw it going cheap. It looked like cheap throw away horror, but as is so often the case with buying movies on spec... I have to say I was pleasantly surprised by this one as well. 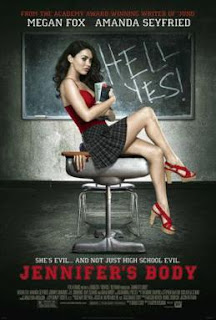 Jennifer is the teenage star of the film played by Megan Fox (who is an obvious drawcard for the movie) , she is the most popular girl in school and decides to take her long suffering bestie Anita (cruelly referred to as 'needy') to a gig by the indy rock band "Low Shoulder". A fire breaks out at the pub they were attending and whilst many are burnt / injured / dead the pair get out alive. Jennifer not content with that decides to ditch her friend and spend the night with the band. Jennifer then becomes the subject of a satanic ritual in which a virgin is needed to be sacrificed, for the sake of the bands future success. However Jennifer is far from a virgin and the ritual goes wrong Jennifer is possessed by a demon and starts killing her friends.... its then up to Anita to figure out how to stop this

Overall I quite liked the film, the horror effects are really good and the movie moves along at a decent pace. Megan Fox of course looks hot, and even if you don't really like the movie that much she's very easy on the eyes and Amanda Seyfried as Anita really plays her part well too.... Again the movie isn't too much of a thinker but more one  you can watch with friends over a few drinks and not loose the flow of the movie if you get interrupted.

For more great horror movie reviews be sure to check out http://www.gorenograpy.com
at 13:16 No comments: 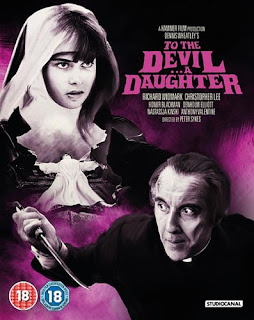 This isn't the fastest paced of films but its a pretty cool watch, I tend to like religiously themed horror movies so this was right up my alley. Produced by the much esteemed institution "Hammer Films" I knew this would be of at least reasonable quality. Starring Christopher Lee at his usual greatness and Natashja Kinski making a beautiful and sultry Nun,

The plot follows occult/horror writer (John) who after a signing goes to pick up a friends daughter, Catherine from the airport. The daughter had been born part of religious sect "The Children of the Lord' that worships a demon, Astoroth. The cult lets the daughter out once a year to see her father but he manages to convince John to spirit her out of the cult and of course the cult send a couple of head honcho's after their missing member and are prepared to Kill John, and his father or anyone else who gets in the way in order to get back Catherine. Now, you may ask yourself why is Catherine so important to the cult? I guess you'll just have to watch the film and see!

Over all I thought it was pretty cool, and its shot in that old English style typical of the 70's. The performances are great and the musical score underpinning the whole thing is really well done as well... Overall, whilst not a classic is a very worthy watch!

For more horror movies be sure to check out http://www.gorenography.com on a regular basis!