This is a hard one to review..... as a film it is very well shot, the dialogue and acting is amazing and no expense has been spared with the production of this film. Its is captivating for almost the entirety of the 2 and a half hour duration of this cinematic epic. 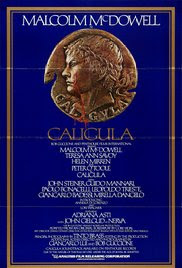 For what its worth the film does have some some underlying moral themes about what happens to a degenerate society and the corruption of power and the more i think about it the film wouldn't have had the same impact without the extreme sex and violence so graphically portrayed.

Upon further research I discovered it was produced by Penthouse magazine so I guess they would have access to plenty of willing stars/starlets prepared to engage in the required nudity and sex on film along side some more well known actors of the time like Peter O'Toole and Helen Mirren (who get to keep their clothes on) I also wonder how this film affected the careers of the main stars after its release ... Might be something to do some research on me thinks.

I guess the best way to judge this for yourself is to check it out.... not an easy film to find but probably on amazon or ebay for those who are keen!