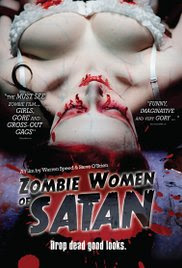 Sometimes a film can be so downright useless that it would be a waste of film even shooting it.... not this film, since it was probably shot of digital video camera haha!

The plot follows a bunch of circus performers one of whom has the most annoying personalities I've ever seen in a movie, which is partially what makes it hard to watch, but poor dialogue and poor acting complete the trifecta of lame-ness

There is a subplot with the owner of a nearby farm enticing young females into his experiments in trying to ressurrect the dead but it all comes across as corny and half assed. Not even gratitious female nudity and gore can save this stinker from the $1 bargain bin at the local DVD store, mostly I'm probably most annoyed with myself for paying $15 for it....

Maybe This would appeal to juggalo's, or the slightly retarded ..... I don't know really. it has the pretence of being a serious film, but it comes across closer to a Troma film than probably best saved for a day when you have absolutely nothing to do or you're too wasted on the couch to do anything meaningful.

Its Not all bad, there are some funny jokes and of course an assortment of goth chicks that just can't seem to keep their clothes on as zombies but really there's much better ways to kill a couple of hours of your life, and much better films to do it with

Email ThisBlogThis!Share to TwitterShare to FacebookShare to Pinterest
Labels: Zombies